The area of the commune is located on the Wieliczka Foothills, in the catchment of the Raba and Skawinka rivers, the commune is partially located by the Dobczyce Reservoir. The distance from Krakow is 18 kilometers. In the immediate vicinity of the commune there is an E7 international road connecting Kraków with the southern border of the country.

The area of the commune is 31.9 km², it is inhabited by about 8,700 inhabitants. It consists of 4 villages: Czechówka, Łyczanka, Siepraw, Zakliczyn. 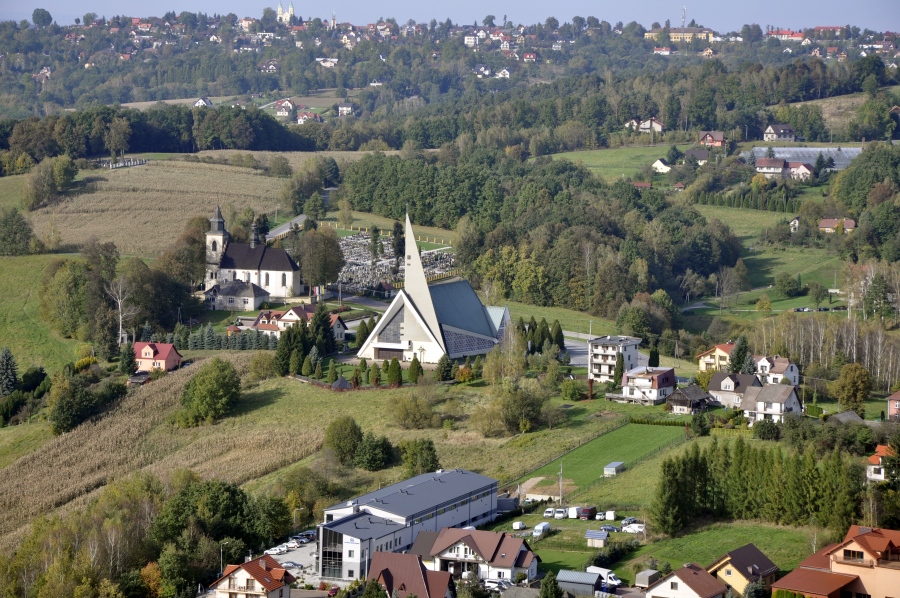 In the Siepraw commune one can meet many interesting creations of inanimate nature, including animals and plants. Particularly interesting may be observations conducted on the Zakliczyn Bay of the Dobczyce Reservoir, or in the forests of the commune.

An artificial dam lake, located in three communes: Dobczyce, Myślenice and Siepraw, put into use in January 1987 (date of completion of the dam: 1985).

The reservoir is an attractive place for breeding and stand for birds and other animals. More than 230 species of birds have been found by the Dobczyce Reservoir and its surroundings. Some of them are typically associated with the aquatic environment, and some lured by a mosaic of meadows, fields, forests, tree plantings and human buildings. Here, birds can be observed at any time of the day or year.

On the territory of Siepraw Commune, a part of the Zakliczyn Bay (Wolnica) is located. It is the most shallow part of the Dobczyce Reservoir with emergent plants. It is a breeding place for many species of birds (Water Rail, Redshank, River Warbler, Nightingale, Reed Bunting, Sedge Warbler). 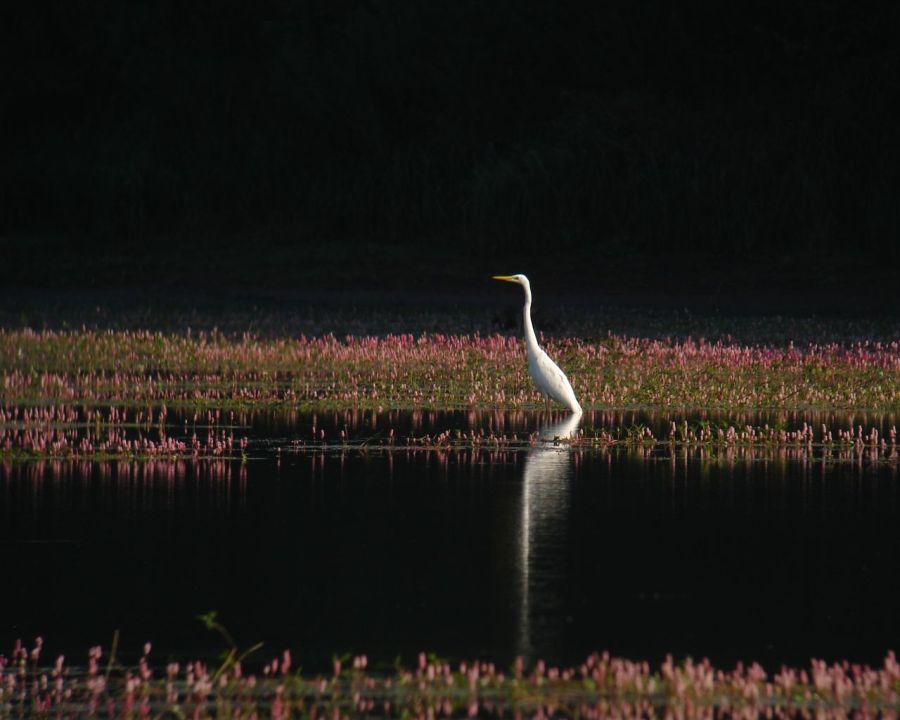 The rock hidden in the forest grows from the slope of the hill just above the bottom of the valley of the stream, which runs along the border between Siepraw and Świątniki Górne. The rock is one of the few rock exposures of the Wieliczka Foothills and is approx. 3 m high and 20 m long. It is built of resistant Istebna sandstones. A walking trail leads to it from Siepraw. It is called Kopytko (hoof), from a cup-shaped hollow in stone, which is supposed to resemble a horse's hoof imprint. It is believed that this was a place of pagan cults, which is indicated by the elements of local legends associated with the rock. However, they are processed in the spirit of the Christian tradition. And so: the best known is the legend linking the creation of a hoof trace from St. Stanislaus Bishop and Martyr. Apparently, he was to settle the border dispute between the residents of Siepraw and Górki, of which he was the owner. When he arrived, he stopped on a rocky rise - then his horse hit the rock with great effort, leaving a trace visible to this day. All present, as well as Stanislaus Bishop, considered this a sign from God for the line between the villages to pass this way - and this is how it is to this day.

The hill, known for a long time to the local population due to about 200 mounds of unknown origin, of which only a few have survived to our times. A few of them, the best preserved, were examined in 1875 by the archaeologist A.H. Kirkor, but he only found a bit of charcoal in them. Perhaps it was a remnant of the former burial mound cemetery. There are also sandstone rocks, called Devil and small caves.

Certainly, the commune was inhabited in the early Middle Ages. The document from 1278 mentions the Sieprawka river, over which the houses of the Siepraw settlement spread out. At the beginning of the 14th century, there were parishes in Zakliczyn and Siepraw. The first mention of the village of Zakliczyn comes from 1305, of Czechówka - from 1398. Also in the 14th century, the villages of the Siepraw goods key were created: Kawęciny (mention in 1372) and Łyczanka. In 1355, Zakliczyn was handed over to Hanko from Myślenice, Trąba coat of arms, who settled here and founded the Jordan family. His descendants gathered vast estates in their hands, with time reaching the southern boundaries of the Pcim parish (up to the area of Jordanów located in 16th century). The town remained in the hands of Jordan family until the 18th century. In 1520, the family also took over the Siepraw key from the Wielogłowscy family. The anti-nobility appearances in 1846 were not as bloody as, for example, in the vicinity of Raciechowice, although a court governor was murdered in Siepraw. In the second half of the nineteenth century, quite frequent changes of ownership were marked here. The previous owners were not always able to cope with the new conditions (in 1848, the enfranchisement reform was carried out) and resigned from running their property in favor of a rapidly growing layer of bankers, industrialists and intelligentsia. At that time, Siepraw was bought by Baron Kajetan Horoch, Zakliczyn – by Wiktor Kopff (from whom the Iwaszkiewicz family bought the property). The impoverishing population tried to develop crafts - in this way, in Siepraw, brushing was born, from which the town is famous today. During World War II, supplies from Krakow were sent to the part of the commune for partisan units. One of the contact points was the Leśniaków manor in Sieprawie-Kawęcin. On January 23, 1945, there were heavy battles between the Red Army and the Wehrmacht troops escaping from the encirclement.

There are many worth-seeing places in the Siepraw Commune. Each village has a historic "pearl", which cannot be overlooked.

In Siepraw, it is a wooden church dedicated to Saint Marcin from the first half of the 17th century - usually referred to as "Marcinek". Inside the temple there are two stone tombstones, and the characteristic feature of Marcinek is the lack of separation of the presbytery.

The second parish monument is the parish church dedicated to Saint Michael Archangel from 1620, called the Old Church. Destroyed in a fire in 1968, it was rebuilt and carefully restored by parishioners after many years.

In Zakliczyn there is a magnificent wooden church from 1773 dedicated to All Saints. The historic temple is distinguished by a crucifix from the first half of the fifteenth century, rococo altars, an 18th-century baptismal font and a bell from 1761.

On the edge of the Łyczański Forest, there is a wooden court chapel from 1861 with a painting of the Virgin Mary with the Infant Jesus and two Baroque statues of the Holy Bishops.

There is a number of valuable and interesting wayside shrines and crosses throughout the commune. 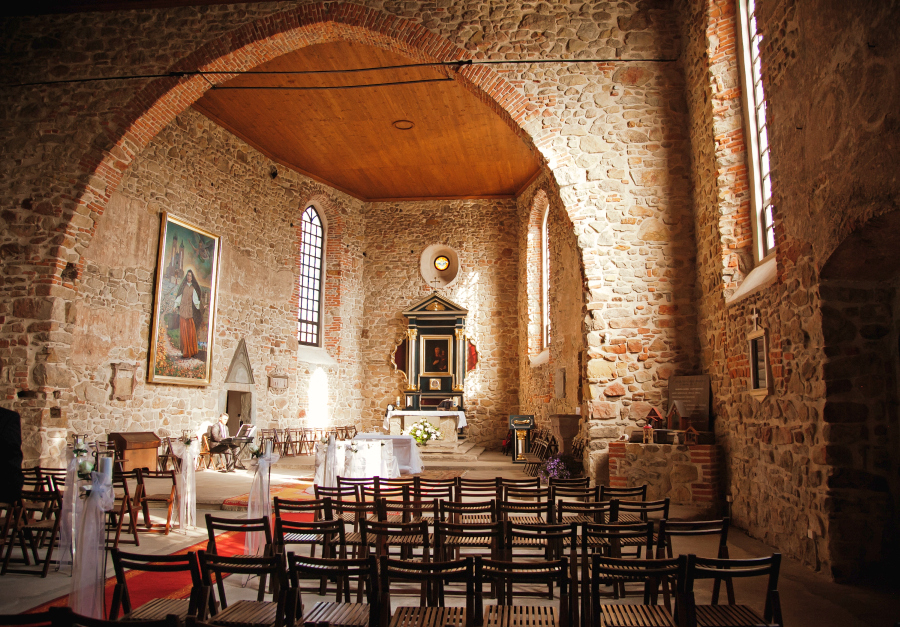 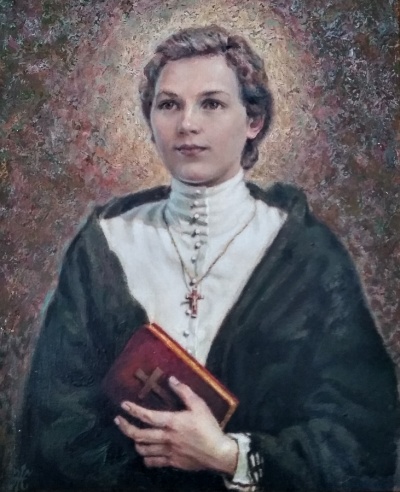 The blessed Aniela Salawa, was born on September 9, 1881 in a large family.

From 1897, for twenty years, Aniela Salawa worked in Krakow as a maid, in various places and at different families. At the age of eighteen, she made vows of cleanliness. She enrolled in 1900 to the Association of Catholic Servants of St. Zyta, patrons of servants.

After the outbreak of the First World War, Aniela began to help wounded soldiers, visiting them in hospitallets, bringing food and a good word. She also shared her modest food rations with the poorest inhabitants of the city. Strenuous work and meager nutrition undermined Angela's not-so-good health. Her previous ailments have intensified, she also had a sick stomach and multiple sclerosis.

She spent the last years in extreme poverty, living in a tiny cellar in the basement. Four days before her death, she was transferred to the hospital at ul. Mikołajska, where, after receiving the sacrament of the sick, she died on March 12, 1922.

Soon after the death of Aniela Salawa, people began to experience miraculous healings due to her, which the Franciscans meticulously registered. On May 13, 1949, the mortal remains of the Blessed were placed in the mensa of the altar of the Chapel of the Lord's Passion of the Franciscan. A little later, efforts were also made for beatification, which from the very beginning was supported by the Holy Father John Paul II. He also, on August 13, 1991, at the Main Market Square in Kraków, raised her to the altars. He said: "It is a great joy for me to be able to bring to heaven the glory of the Blessed Aniela Salawa today. How many times have I prayed by her relics, how deeply these words have fallen in my memory, my heart: >>Lord! I live because you ask me to, I will die, because you want me to, save me because you can <<(...) This is how Aniela writes, calls to the Christ: >> I want you to be as glorified, as devastated you are <<. And more about her own calling, or rather about what God has given her: >> My God had great intentions for my soul, creating me in his own image <<. Let these words of our Blessed countrywoman, inhabitant of Siepraw and Cracovian, remain in our memory and in our hearts."

More about the Blessed Aniela can be read at https://en.wikipedia.org/wiki/Angela_Salawa

The partner communes for the Siepraw Commune:

Romanian Beclean – city in Romania, in the Bistrița-Năsăud region, w Siedmiogrodzie. It has 12,000 inhabitants (2006).

Slovak Spišský Štvrtok - village (obec) in Slovakia, in the Levoca district, in the prešov region. It is located in the historical area of Spisz, on the Hornadzka Valley, north of the Slovak Paradise. It has 2,400 inhabitants. 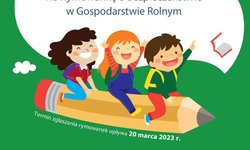 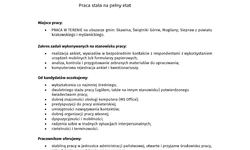 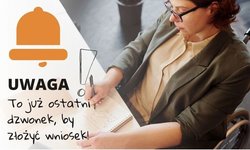 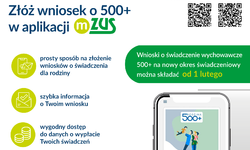